Want any assistance in simplifying the Ratio of two numbers? Then, this Ratio Simplifier is the best option for you. Simply enter the values in the input field of the calculator and then hit on the calculate button to avail the output immediately.

Here are some samples of Ratio Simplifier calculations.

Ratio Simplifier: Ratios are used in many diverse activities of our life and it is a way to define the relation between two relevant numbers. To simplify the ratio of two whole numbers or mixed numbers it takes a huge time of your while doing homework or assignments. For saving your valuable time we have come up with the best solutions ie., Ratio Simplifier Tool. This Tool can make your ratio calculations easy by calculating just giving the input numbers or fractions. You can avail the result along with a detailed show work so that you can learn & understand the concept.

How to Simplify the Ratio of Numbers Easily?

Simplification of ratios of form A : B can be of two ways where A, B can be whole numbers, integers, decimal numbers, fractions, or mixed numbers. You can find a ratio between two numbers that can be in different types like fractions to decimal, whole to decimal, decimal to decimal, or etc. and the simplest form of ratio values can be positive or negative. So, check out the two approaches to simplify the ratio of A & B from the below steps:

Approach 1: Procedure to Simplify Ratio A : B, when both are whole numbers

Approach 2: Procedure to Simplify Ration A : B, when A and B are not whole numbers

First, check the given numbers are whole numbers or fractions or decimals.

Here, we have two whole numbers as the ratio 10:6

The Greatest Common factor of 10 and 6 is the smallest factor ie., 2.

Therefore, The simplified ratio is 5 : 3 (in the simplest form). 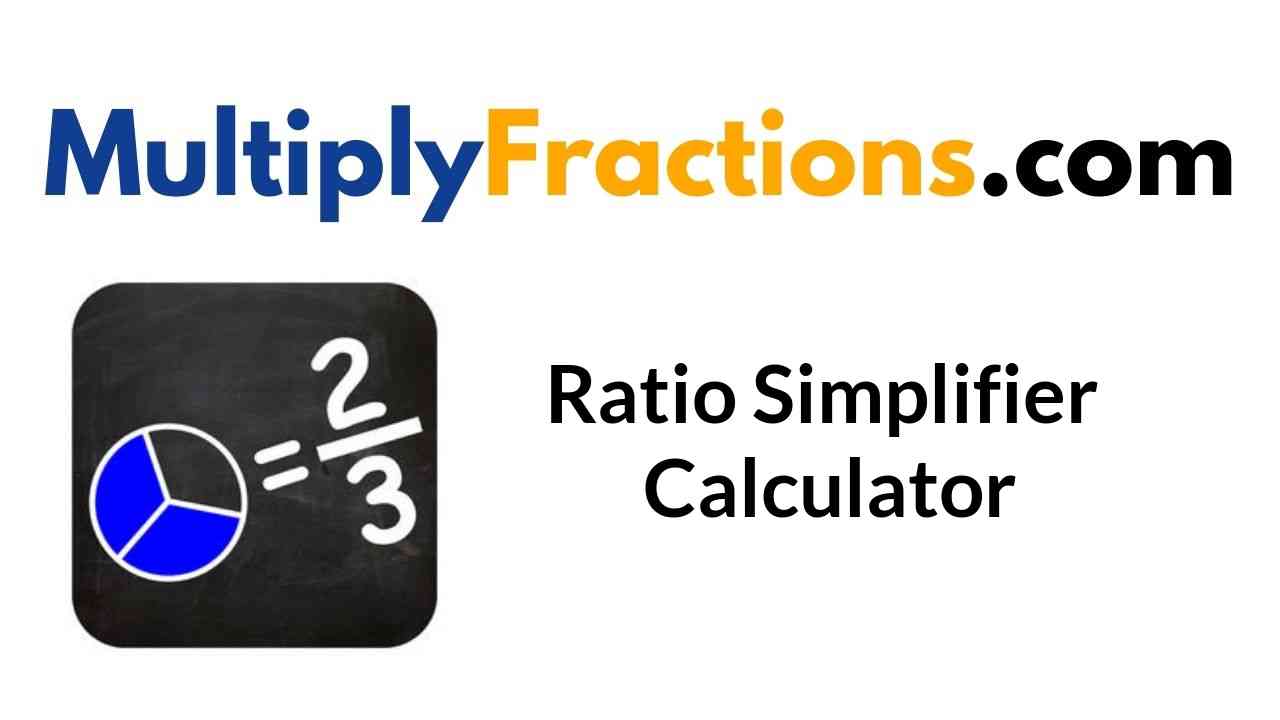 A ratio is a measurement of the value of two numbers. The ratio A : B is defined as "A to B" and illustrates the relative proportion of two amounts.

2. How do you simplify a ratio manually?

To simplify the ratio between two numbers manually, you need to find factors and then GCD of two numbers, later divide both numbers by GCD to get the simplified ratio of given inputs.

3. How to Solve a ratio using a Ratio Simplifier Tool?

With the help of Multiplyfractions.com provided Ratio Simplifier Tool, you can easily simplify ratios by changing all values to whole numbers then reducing the whole numbers to the simplest form using the greatest common factor (GCF).

4. How to use a Ratio Simplifier?

Just provide the input values in the input provision and tap on the calculate button to get the ratio in the simplest form within a fraction of seconds along with show work.